University of Amsterdam: We Are U

‘Call us ambitious – because that is what we are. Passionate too and fullly aware of the fact that an academic education prepares young people for an adventure, an unpredictable future in a rapidly changing world. Graduating from the University of Amsterdam means being ready for the future in which all knowledge is temporary and new knowledge needs to be generated constantly. It means being ready for a position in the frontlines of society’.

These are words from the corporate story we wrote for the University of Amsterdam – an authentic story, fitting the character of the university and its ambition to be an intellectual hub in the city.

Based on this story, we developed a campaign based on the slogan ‘We are U’. The campaign reflects the mindset typical for UvA people: judiciary thinkers, with the guts to face confrontations and discussions. For the campaign we built a mobile videobooth that was set up on the different UvA campuses. In the booth, students and staff were challenged to speak up and record their criticism as well as their suggestions. The recordings were shared on social media where they attracted attention and comments. 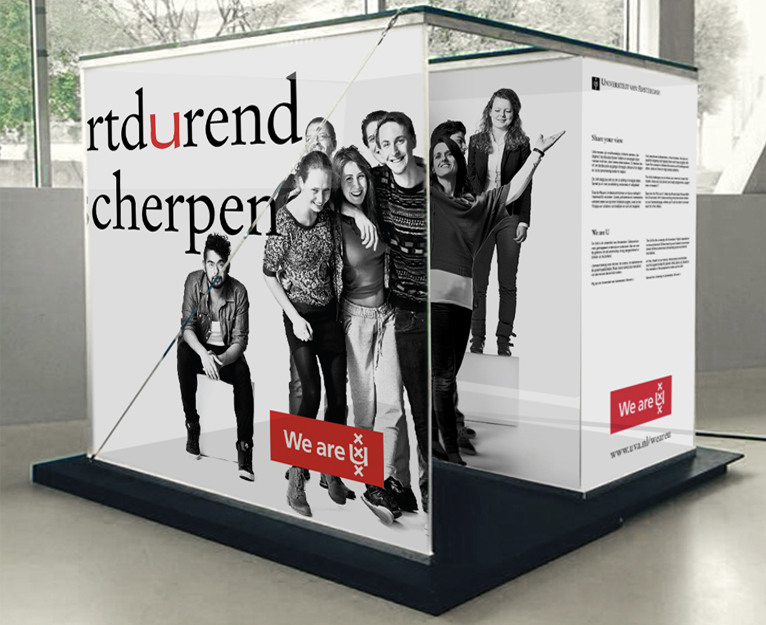